The Grossery Gang Wikia
Register
Don't have an account?
Sign In
Advertisement
in: Untasty Treats, Grosseries, Series 2 Grosseries,
and 3 more

Yuck Éclair is a rare Untasty Treats Grossery from Series 2.

He's moldy and creamy and makes your poop dreamy!

May Contain Traces Of: Bacteria, chocolate, and eyelashes!

Yuck Éclair is a gooey, dirty éclair. His mouth is formed between the two halves of dough, with mushy filling dripping around and below it. His top half is drizzled with runny frosting, with his half-closed eyes nestled on it. 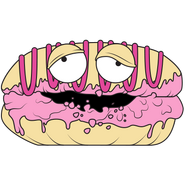 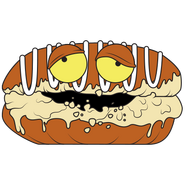 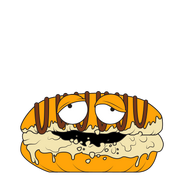