The Grossery Gang Wikia
Register
Don't have an account?
Sign In
Advertisement
in: Action Figures, Exclusive, Webseries,
and 9 more

Trash Head used to be your average filthy trash can until he was splashed by toxic juice and mutated into a pile of trash that's ready to smash! Trash Head is choc full of slop and is ready to empty himself on his enemy! He'll always throw up a challenge to the Clean Team! Get ready to fight dirty!

The Can of Crud is back! Trash Head has powered up and answered the "Call of Pukey" from the Grossery Gang! He's ready to empty himself on the Bug Army, and always throws up a challenge to his enemy. With a toxic glow, he's ready to light up and fight! Watch out bugs...Trash Head is about to flip his lid!

Trash Head has pulled on trunks and jumped into the rotten ring to take on all opponents! This pile of trash is ready to smash! With his signature moves - the Atomic Slop Drop and the Body Bin Slam he can K.O. everyone with his B.O. This can of crud can't wait to sock it to the Rotbots![1]

Trash Head is an overflowing garbage can. His eyes are seated on the top of his lid. He has slime and fishbones attached to him. 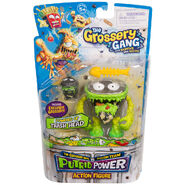 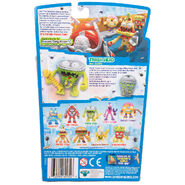 In the Metallic Trash Attack Pack. 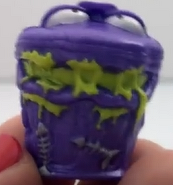 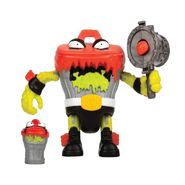 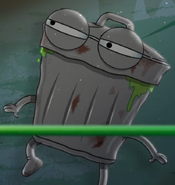 Trash Head as seen in the webseries. 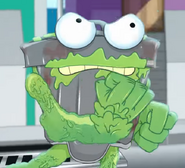 Trash Head as a cop. 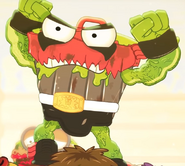 From the party pack. 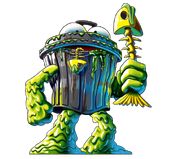