The Grossery Gang Wikia
Register
Don't have an account?
Sign In
Advertisement
in: Grossery Gang, Series 1, Games,
and 2 more

The Grossery Gang: Collector Cards was a collectible card game, created by Banter Toys and distributed by Moose Toys for the Grossery Gang franchise that was released in February 2017, with a total of 118 cards to collect.

The Collector Album is the starter pack for the collectible card game, that comes with the collector binder, two single packets of cards and 16 x 9 spaces to hold the cards. The binder also has a full checklist on the back of the front cover.

The Single Pack is the bog-standard pack for the collectible card game, coming packaged as a singular packet of seven cards total, with one being a special card.

The Fourteen Pack contains fourteen loose cards and a Grossery Gang figure with a milk crate, with two cards being special finish ones. 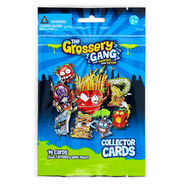 The Three Pack Blister contains three packets of single cards, with a total of twenty-one cards within the pack, with three cards being special ones. 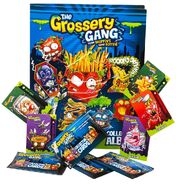 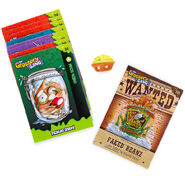 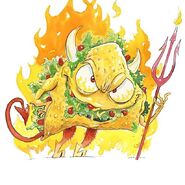 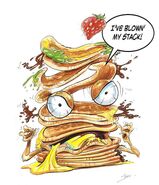 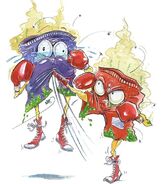