The Grossery Gang Wikia
Register
Don't have an account?
Sign In
Advertisement
in: Half Baked Bakery, Grosseries, Series 1 Grosseries,
and 3 more

Tasteless Tart  is a common Half Baked Bakery Grossery from Series 1.

With extra hard crust and sprinkled with dust!

Tasteless Tart is a mucky, slimy tart with a thick layer of moldy cream on top of him. His eyes are crossed and he has a wrinkly grin.

Tasteless Tart's collector card is Card 28 in the series. He has a film of green muck on his tongue, which he is sticking out in disgust. He has the tagline of "Tasteless Sensation!" on the bottom. 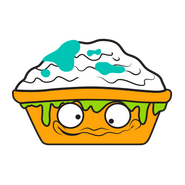 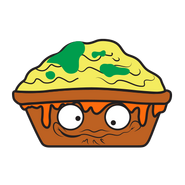