The Grossery Gang Wikia
Register
Don't have an account?
Sign In
Advertisement
in: Barf-Room Supplies, Grosseries, Series 2 Grosseries,
and 2 more

Stinky Aftershave is a common Barf-Room Supplies Grossery from Series 2.

Stinky Aftershave is a leaky bottle of aftershave. His contents are spilled onto the top of his bottle, with cracks on the bottom of his body. He has a large, toothy grin with half-closed eyes. 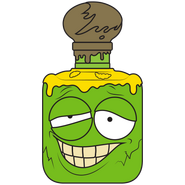 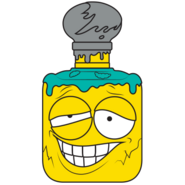