The Grossery Gang Wikia
Register
Don't have an account?
Sign In
Advertisement
in: Gross Greasies, Grosseries, Series 1 Grosseries,
and 4 more

Stinki is a common Gross Greasies Grossery from Series 1.

From the Gross Greasies team, it's full of the ooze that you don’t want to choose!

MAY CONTAIN TRACES OF: PUS, SCABS AND PLASTIC!

He's the souvlaki full of ooze that you don't want to choose!

May Contain Traces Of: Pus, scabs, and plastic!

Stinki's collector card is Card 19 in the series. He is plugging his mouth with his cheeks extended, as his filling explodes out of his ears and top. He has the tagline of "Cream Filled!" on the bottom. 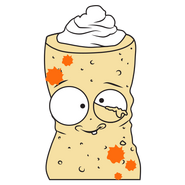 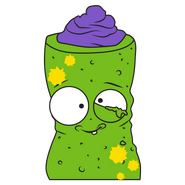 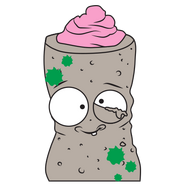