The Grossery Gang Wikia
Register
Don't have an account?
Sign In
Advertisement
in: Exclusive, Frozen, Grosseries,
and 2 more

Frozen
Shiverin' Spider is an exclusive Grossery from the Mushy Slushie Collectors Cup.

From the Collector's Cup, it's the cube that's extra creepy!

MAY CONTAIN TRACES OF: WATER, SPIDER AND WEB!

Shiverin' Spider is a hairy spider frozen inside an ice cube. His eyes are pointing outwards and he is frowning, with gapped teeth sticking out from his lips. 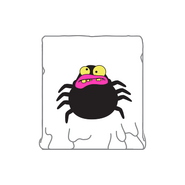 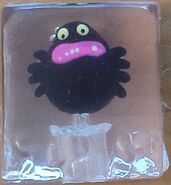