The Grossery Gang Wikia
Register
Don't have an account?
Sign In
Advertisement
in: Webseries, Barf-Room Supplies, Rare,
and 4 more

What's got five fingers and creeps out everyone and everything around him? It's Sewer Glove! He's like the weird, mute uncle always popping up!

What's got five fingers and creeps out everyone and everything around him? This guy. Always popping up where you least expect him, Fingers is like the weird, mute uncle who's only ever in the background of family photos. Nobody can really figure out what Fingers' deal is - or if he even has one. Does he just get his kicks (or punches) from spying on others? Or are his motives more...tight-fisted? [1]

Sewer Glove is a dirty rubber cleaning glove. He has slime on the fingers, and he has an open mouth with a shocked, screaming expression on his face. 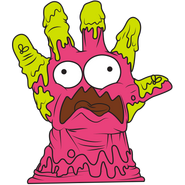 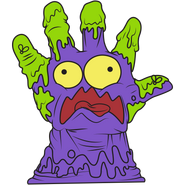 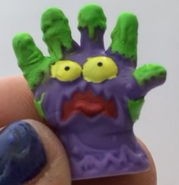 Fingers as seen in the webseries. 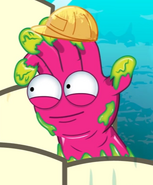 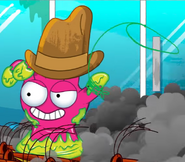 Fingers inside The Loog.