The Grossery Gang Wikia
Register
Don't have an account?
Sign In
Advertisement
in: Series, Series 3, Grossery Gang,
and 11 more

Series 3, taglined Putrid Power, is the third series of the franchise, which was released June 24, 2017. This series introduces Action Figures to the toyline, along with the Clean Team, an enemy team to the Grosseries.

It's the brand new Series from The Grossery Gang and things are about to get messy with the introduction of Putrid Power!

In this Putrid Power Series, an evil force known as the Clean Team is cleaning up the streets of Cheap Town, vowing to fight grime and wipe out The Grossery Gang for good! How will the Gang defeat such an enemy, why, with epic Putrid Power of course! Utilising the stench of old bin juice, our heroes must band together and transform into the ultimate disgusting dudes to fight off the power of clean! It's the ultimate new vs goo, crime vs grime, clean vs - well you get the deal!

It's The Grossery Gang Putrid Power, the biggest, boldest, bestest and grossest series yet!

Information for this series was debuted at the 2017 New York Toy Fair at the Moose Toys booth. Here, samples of upcoming Grosseries, along with the action figures and vehicles for the series, were shown.

The 2017 Entertainment Expo in Las Vegas gave out Single Packs of the characters. 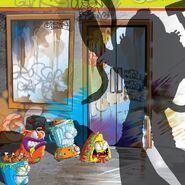 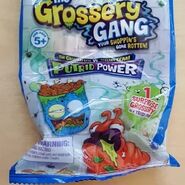 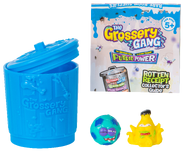 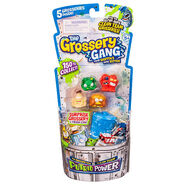 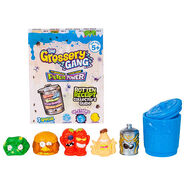 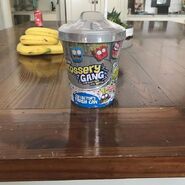