The Grossery Gang Wikia
Register
Don't have an account?
Sign In
Advertisement
in: Barf-Room Supplies, Grosseries, Series 1 Grosseries,
and 3 more

From the Barf-Room Supplies team, it's the roughest toilet paper around! No Butts about it!

MAY CONTAIN TRACES OF: SANDPAPER, CARDBOARD AND SPLINTERS!

He's the roughest toilet paper around! No butts about it!

May Contain Traces Of: Sandpaper, cardboard, and splinters!

Rough Toilet Paper is a slimy and dirty roll of toilet paper. He has eyes pointing in different directions and has an open-mouthed smile with several gapped teeth showing.

Rough Toilet Paper's collector card is Card 11 in the series. He is inside an overflowing toilet, gnawing on the seat with a maniacal grin. Written on the toilet in red is "Your friend from the 's' bend". He has the tagline of "Your Friend From The 'S' Bend!" on the bottom. 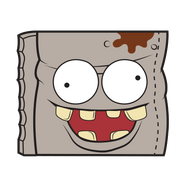 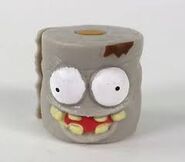 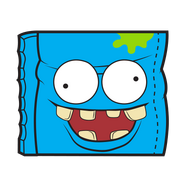 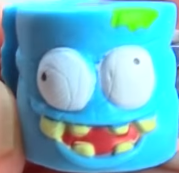