The Grossery Gang Wikia
Register
Don't have an account?
Sign In
Advertisement
in: Pages currently under construction, Stinky Snacks, Grosseries,
and 3 more

Oozy Noodles is a rare Stinky Snacks Grossery from Series 3.

Oozy Noodles is a slimy container of instant noodles. The noodles are somewhat falling out of his top, which is also dripping slime. He has half-lidded eyes and a wrinkled frown, which is filled with slime-covered noodles. 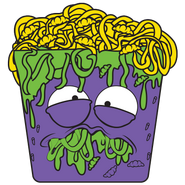 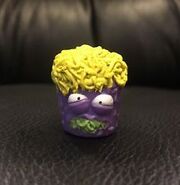 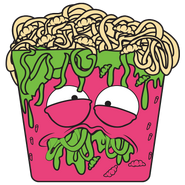