The Grossery Gang Wikia
Register
Don't have an account?
Sign In
Advertisement
in: Moldy Veg, Grosseries, Series 1 Grosseries,
and 6 more

In the Moldy Veg team, for stinging eyes and stinky breath, Onion Scum is number one!

MAY CONTAIN TRACES OF: DIRT, MUD AND BOOTS!

For stinging eye and stinky breath, Onion Scum is number one!

May Contain Traces Of: Dirt, mud, and boots!

Onion Scum is a crying onion with mold growing on top of his head. His eyes are crusted over with scum.

Onion Scum's collector card is Card 32 in the series. He is in a pickling jar as he faces the camera, pressing himself against the glass. He has the tagline of "Pickled Onion!" on the bottom. 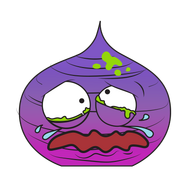 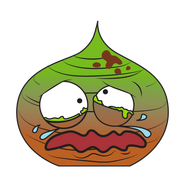