The Grossery Gang Wikia
Register
Don't have an account?
Sign In
Advertisement
in: Pages currently under construction, Bug Brigade, Grosseries,
and 5 more

Maj. Stink Bug is a bad stink bug. He wears a pair of combat boots and a gas mask that leaves his face visible. His weapon is a can of air freshener. 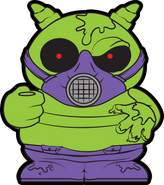 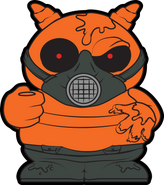