Icky Infantry Ant is an evil ant. He wears a military helmet with a pair of goggles around his eyes. He also wears a bulletproof vest, along with combat boots. A bandage is plastered onto one of his hands. His weapon is a gardening trowel. 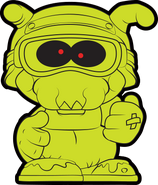 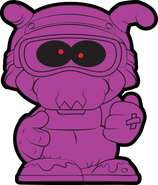 Figure form.
Add a photo to this gallery 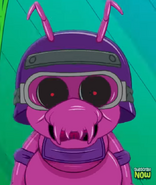 Infantry Ant as seen in the webseries.
Add a photo to this gallery

Retrieved from "https://the-grossery-gang.fandom.com/wiki/Icky_Infantry_Ant?oldid=16655"
Community content is available under CC-BY-SA unless otherwise noted.