The Grossery Gang Wikia
Register
Don't have an account?
Sign In
Advertisement
in: Exclusive, Grosseries, Series 1 Grosseries,
and 4 more

For the Series 2 Grossery with the same name, click here.

Horrid Hot Dog is an Exclusive Grossery from the Yucky Mart playset.

From the Icky Mart Playset [sic], it’s the hot dog that bites back!

MAY CONTAIN TRACES OF: BREAD, FUR AND DOG!

Horrid Hot Dog is a mucky hot dog with mustard. He has large eyes and is dripping mustard from his mouth. 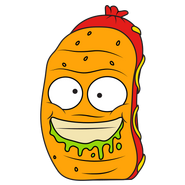 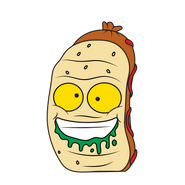 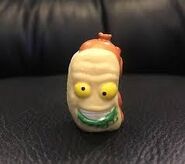