The Grossery Gang Wikia
Register
Don't have an account?
Sign In
Advertisement
in: Pages currently under construction, Gross Greasies, Grosseries,
and 3 more

Greaseburger is a common Gross Greasies Grossery from Series 3.

Greaseburger is a drippy triple cheeseburger. His eyes are squinted and crossed, as mustard drips from both his top and his mouth, which is also stuffed with toppings. 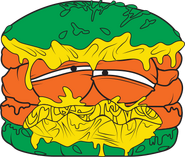 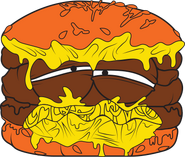 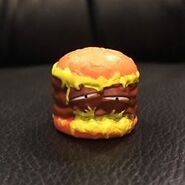 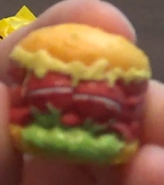 As seen in the Flush Force commercial, on the left toilet.