May Contain Traces Of: Sugar, mice, and slime!

Ginger Dread Man is a stale, gone-off gingerbread man cookie. He has a visible right eye, while his left eye is covered by a splatter of frosting. He has a gumdrop nose, and three gumdrop buttons on his body, with a zigzag frown formed by frosting. His ankles and wrists are lined with frosting zigzags as well. 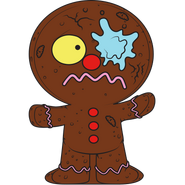 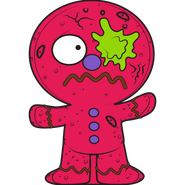 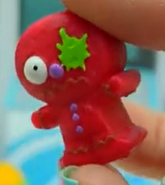 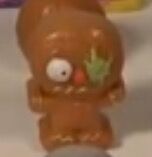 Figure form
Add a photo to this gallery

Ginger Dread Man as seen in the webseries.
Add a photo to this gallery

Retrieved from "https://the-grossery-gang.fandom.com/wiki/Ginger_Dread_Man?oldid=17080"
Community content is available under CC-BY-SA unless otherwise noted.