The Grossery Gang Wikia
Register
Don't have an account?
Sign In
Advertisement
in: Exclusive, Grosseries, Series 1 Grosseries,
and 3 more

Frosty Fly is an exclusive Grossery from the Mushy Slushie Collectors Cup.

From the Collector's Cup, it's maggots and slime that are frozen in time!

MAY CONTAIN TRACES OF: WATER, MAGGOTS AND ICE!

Frosty Fly is a fly frozen inside an ice cube. His eyes are crossed outwards as he presses two of his hands to the ice and frowns. 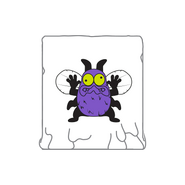 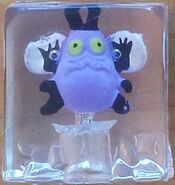