The Grossery Gang Wikia
Register
Don't have an account?
Sign In
Advertisement
in: Exclusive, Grosseries, Series 1 Grosseries,
and 3 more

Frost Bit Wasp is an exclusive Grossery from the Mushy Slushie Collectors Cup.

From the Collector's Cup, for when you want to give your drink that icy sting!

MAY CONTAIN TRACES OF: WATER, WASP AND ICE!

Frost Bit Wasp is a wasp frozen inside an ice cube. His eyes are pointed outwards, and he is grimacing. 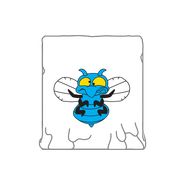 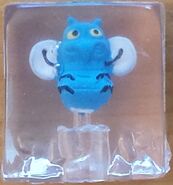