The Grossery Gang Wikia
Register
Don't have an account?
Sign In
Advertisement
in: Sticky Sweets, Grosseries, Series 1 Grosseries,
and 6 more

For the packaging that shared the same name in Series 1, click here.

From the Sticky Sweets team, it's got a crusty taste that lasts after it comes up fast!

MAY CONTAIN TRACES OF: MUD, CRUSTS AND BAND AIDS!

He's got a crusty taste that lasts after it comes up fast!

May Contain Traces Of: Mud, crusts, and Band-Aids!

Crusty Chocolate Bar is a slimy and melty wrapped chocolate bar with half of his wrapper peeled down. He has eyes pointing in different directions, a crazy grin on his face and a bite mark on his top left corner.

Crusty Chocolate Bar's collector card is Card 40 in the series. He is wearing a skydiving outfit with a plane above him. He is holding onto a broken parachute cord and screaming. He has the tagline of "Chocolate Drop!" on the bottom. 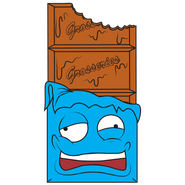 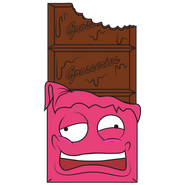 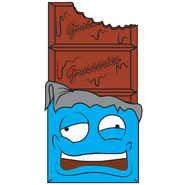