The Grossery Gang Wikia
Register
Don't have an account?
Sign In
Advertisement
in: Pages currently under construction, Webseries, Gravy Officers,
and 4 more

Col. Sick Chicken is a gross chicken. His feathers are dripping with sauce. He wears a pan for a helmet and battalion belt, which holds a knife and fork. His weapon is a slingshot.

In the webseries, he wears khaki shorts. 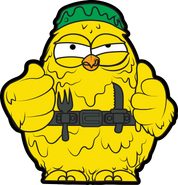 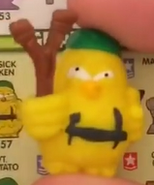 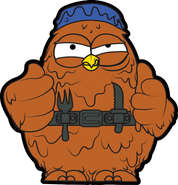 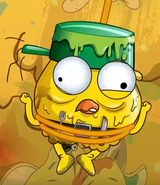 Col. Sick Chicken as seen in the webseries.