The Grossery Gang Wikia
Register
Don't have an account?
Sign In
Advertisement
in: Webseries, Para Crawlers, Grosseries,
and 3 more

An arrogant, swaggering egomaniac who’s always trying to look tougher and smarter than Arak Attack and Infantry Ant, often ending up with egg all over his long, dumb face. He’s quick to temper and the paratroopers under his command are getting a little bit tired with how fast and loose he plays with their lives.[1]

Capt. Itch. E Mosquito is an evil mosquito. He wears a pilot helmet and goggles, with an aviator scarf. His weapon is a drill. 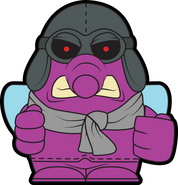 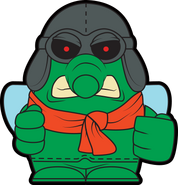 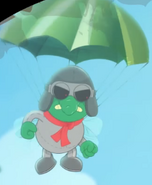 Itchy Mosquito as seen in the webseries.