The Grossery Gang Wikia
Register
Don't have an account?
Sign In
Advertisement
in: Pages currently under construction, Cruddy Sport, Webseries,
and 4 more

Busted Football is a rare Cruddy Sport Grossery from Series 3.

Busted Football is a slightly deflated football. He has various patches and stitches on him. He has one eye closed and the other squinted, with his football stitching acting like a mouth, which has a clump of grass in it. 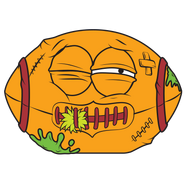 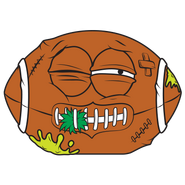 Busted Football as seen in the webseries.