From the Moldy Veg team, it's the perfect gift for that teacher you hate!

MAY CONTAIN TRACES OF: GRUBS, WORMS AND BRANCHES!

He's the perfect gift for the that teacher you hate!

May Contain Traces Of: Grubs, worms, and branches!

Awful Apple is a slimy, rotten apple with his top right side bitten off. He has a worm crawling out of his top left side.

Awful Apple's collector card is Card 29 in the series. He is stumbling over a banana peel with a shocked expression on his face, with his worm matching the expression. He has the tagline of "Apple Turnover!" on the bottom. 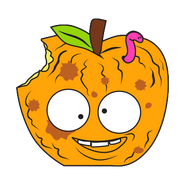 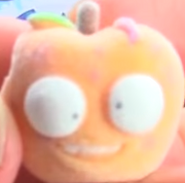 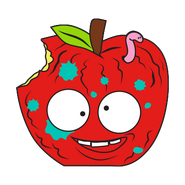 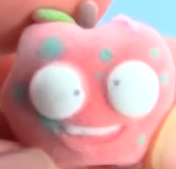